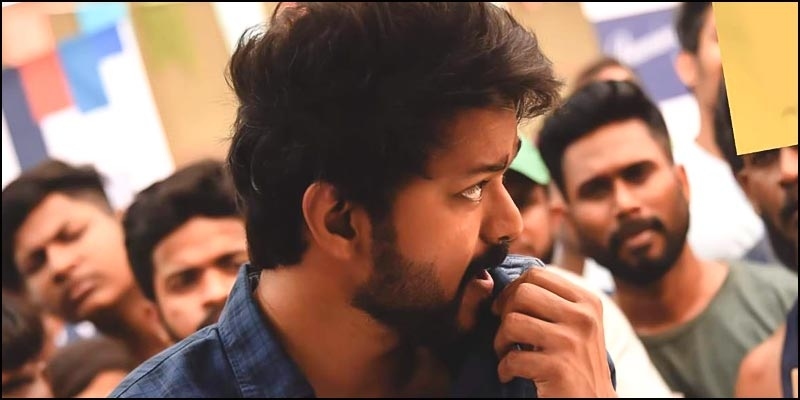 The year’s most awaited film ‘Master’ directed by Lokesh Kanagaraj and starring Thalapathy Vijay and Makkal Selvan Vijay Sethupathi was initially slated for release on April 9th but due to the coronavirus pandemic has been postponed indefinitely.  Senior theater owners have expressed their desire to release the film first so as to pull in the audiences back into the cinema halls.  But the sad thing fans is that there is uncertainty when and if at all normalcy would return.

Meanwhile, a few weeks back rumours started spreading that ‘Master’ would be directly released on Amazon Prime Video which has the streaming rights.  Xavier Britto the producer made it clear that Thalapathy Vijay wants his fans to have a theater experience and the film will first be screened and only later streamed. 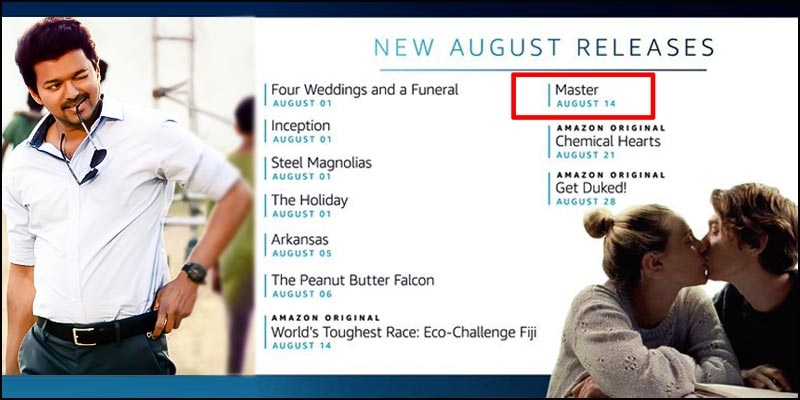 Over the weekend an Amazon Prime Video listing image was shared on social media in which it has been printed that ‘Master’ will release on the platform on August 14th. One section of the fans got excited that they are going to get to watch the film this month while the majority were disappointed.

A closer look has revealed that the listing is an old one may be from 2016 or 17 and the ‘Master’ on that is a Korean film that dealt with the financial crimes.

Since our clarification regarding the Korean film ‘Master’ producers Seven Screen Studios and Vijay’s official spokesperson Riaz Ahamed have confirmed our news and have written “We will have a grand theatrical release”.

It is 2016 Korean film #Master listed on Amazon Prime and not #ThalapathyVijay ’s #Master!! We will have a grand theatrical release ???? https://t.co/ncTTW5lttc