In an interview, Paresh Rawal got candid about why he didn’t take the initiative to launch his son Aditya Rawal. 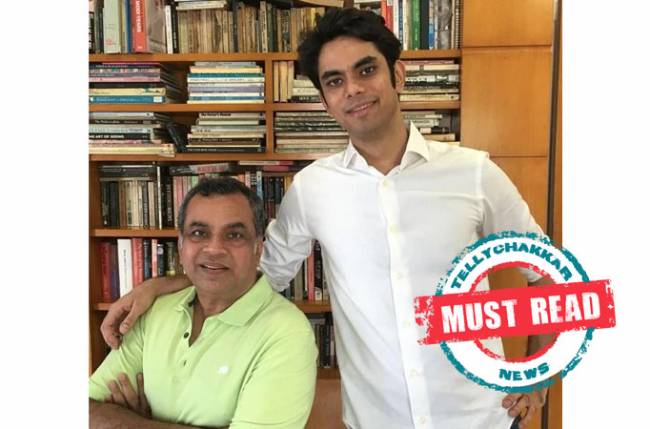 MUMBAI: Paresh Rawal is a powerhouse of talent. He is known for myriad films. His acting chops have impressed fans. It seems like his son, Aditya Rawal, is all set to follow in his footsteps.

The ace actor recently opened up about how his son is getting work ‘through his own effort’ and how he doesn’t need his father to recommend his name to anyone. While praising his son for his discipline, focus and dedication, the Hera Pheri actor also got candid about why he didn’t take the initiative to launch his son.

In an interview with Indian Express, Paresh Rawal opened up about not having enough funds to launch Aditya Rawal. Talking about how his son also doesn’t need his recommendation, the actor said, “I did not launch him as my son because I don’t have that kind of money. To launch my son, you require a big machinery. But isn’t this good? Through his own effort, he got noticed. People loved his work in Bamfaad. And now, he is working with Hansal Mehta. I mean, he is working with a director like him. So, his work is fetching him work. He doesn’t need his father’s recommendation.”

He added, “I know with how much discipline, focus and dedication he works. So, I didn’t give any sort of lessons to him. Also, I think with this generation, we should let them find their own way. We don’t need to guide them. They are smart and honest. This generation doesn’t require your advice. So, give them a direction only when they ask. All they need is your support.”

ALSO READ: Paresh Rawal to feature in a Gujarati film after 40 years