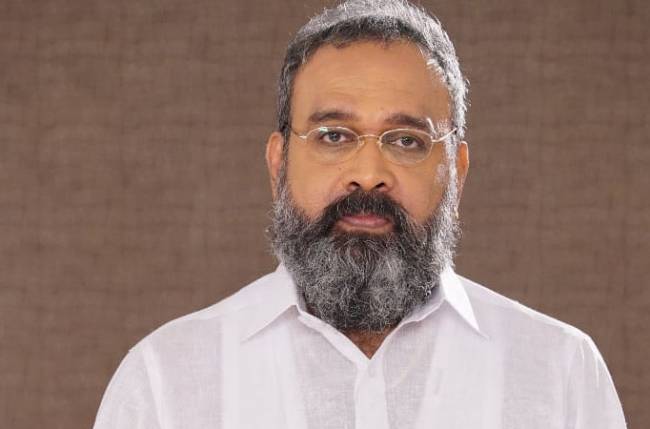 MUMBAI: Having spent more than two decades in the television industry, renowned actor Sai Ballal will join the cast of &TV’s upcoming socio-drama, ‘Ghar Ek Mandir – Kripa Agrasen Maharaja Ki’ essaying Kundan Agarwal’s character. Sai Ballal is a name that has left the tinsel town abuzz with his take on villainous roles. He has truly made a mark for himself in the industry with many television shows and films. With this new role of Kundan Agarwal, he aims to create a lasting impression in the viewers’ minds. Produced by Zee Studios, the show is a never-seen-before socio drama on Indian television built around the context of the legendary king, Agrasen Maharaja. He was the founder of the Agrawal community of traders and, through his ideologies and teachings, helped the community prosper.

Speaking about portraying the significant character of Kundan Agarwal, Sai Ballal says, “Ever since the announcement of the show, I can sense the excitement and eagerness of the viewers, and truth be told, even us – the cast are thrilled! This show is a first-ever socio drama built around the context of the legendary king, Agrasen Maharaja, and the beautiful relationship of faith between Agrasen Maharaja and his devotee Genda. The plot brings a heart-warming and captivating story of faith, family and navigating various crises in life. Speaking about my role as Kundan Agarwal, he is a businessman who owns Agarwal & Sons – a family-run jewellery shop. He has two sons, Manish and Varun. He is a family man and always concerned about the well-being of his children and his family. Family comes first for him, and his business of jewellery making has been passed on for generations. He wants his sons to take over the reins of his business. He is orthodox and has certain beliefs and philosophies and prefers not going against it.” Adding on, Sai Ballal elaborates, “As I am excited to explore and bring forth a new side of Sai Ballal to the viewers, I am eagerly looking forward to their response on it. I hope they continue to support me in my endeavours like they always have.”