OneIndia24News: Thiago Silva Determined To Go Out On A High At Paris Saint-Germain 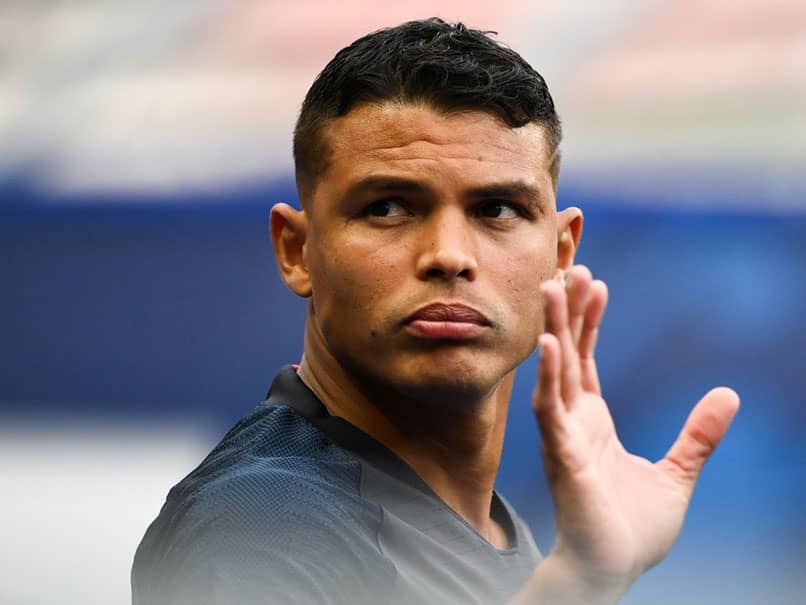 Thiago Silva’s eight years as a Paris Saint-Germain player are about to come to an end and the Brazilian centre-back has one piece of unfinished business to contend with as the Qatar-owned club head to Lisbon targeting Champions League glory. That is something that has so far eluded Silva and PSG, despite all the money Qatar Sports Investments have ploughed in. A humiliating collapse against Manchester United last season meant a third consecutive last-16 exit, but this time they are through to a first quarter-final since 2016 and face Atalanta in Lisbon on Wednesday.

“I have seen everything here. This competition is so important, for the players but also for the club. Winning it was the objective when I came here,” Silva, whose contract is about to expire, said in an interview with AFP.

The game is being played as a one-off tie behind closed doors in the Portuguese capital after UEFA were forced to rethink the tournament format due to the coronavirus pandemic.

PSG secured qualification just before football ground to a halt in mid-March, as they overturned a 2-1 first-leg deficit by beating Borussia Dortmund 2-0.

That game was played behind closed doors too but the PSG players celebrated their victory with thousands of fans who had gathered, somewhat irresponsibly, outside the ground.

However, the outpouring of emotion was understandable after the disappointments of previous years, including the astonishing exit at the hands of Barcelona in 2017 despite winning the first leg 4-0.

“The game there (in Dortmund) was very difficult, we lost and thoughts went back to what happened last year against Manchester United, and our three consecutive eliminations before the quarters,” Silva said.

“That was difficult to stomach but we knew what we wanted to do, to turn it around and qualify for the fans even though they weren’t in the stadium.”

Silva joined from AC Milan in 2012. He has been a cornerstone ever since in a side that has completely dominated French football, winning seven of the last eight Ligue 1 titles.

Last weekend Silva played as PSG beat Lyon on penalties to win the League Cup and secure a fourth domestic treble in six seasons. But European success has not come so easily.

“It’s not easy to stay in Paris for eight years. I am really happy with everything I have done here, how the supporters have come to respect me. It’s magnificent,” he said.

“I hope to end the adventure by winning the Champions League, that’s the dream.”

Silva has loved life in France so much that he has gone on to take French nationality but he was told in the spring that he had no future at the club beyond this season.

The Brazilian international will be 36 next month and Leonardo, the club’s sporting director, is looking to rebuild.

Both have already departed, with Meunier joining Dortmund. But Silva accepted the offer to extend his contract — which initially expired in June — by an extra two months to feature in the Champions League ‘Final Eight’.

“I don’t know the context for Meunier and Cavani but for me it was important to finish the season here,” Silva added.

“I also know the players here and this year I feel we have a big opportunity to go all the way.

“The desire and the quality in the squad gives me that feeling. If I start something I want to finish it. I might win or lose but I will give everything to finish it well.”

If PSG beat Atalanta they will meet either RB Leipzig or Atletico Madrid in the semi-finals. The final is on August 23.

Beyond that, Silva has been linked with a return to Italy — he spent three years at Milan — or a move to Everton, coached by Carlo Ancelotti, under whom he played when he arrived in Paris.

But you sense that he would still love to stay where he is.

“That depends on the club, it’s not down to me,” he said.