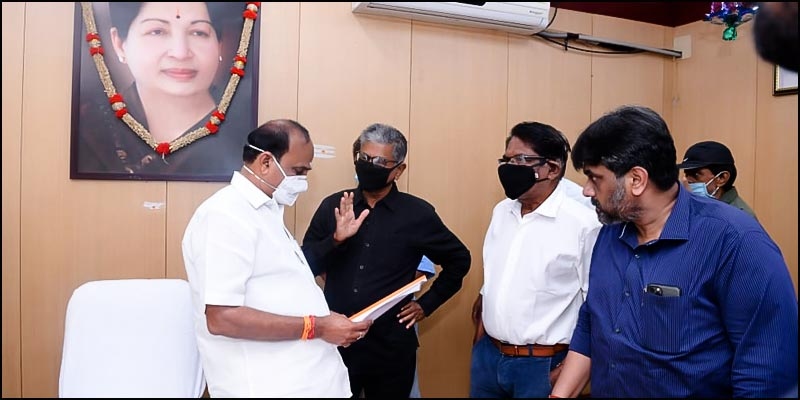 Film shootings have been on hold ever since the Coronavirus pandemic outbreak from February in the country and this has heavily impacted the shooting schedules of most anticipated Kollywood movies such as Rajinikanth’s Annaatthe, Ajith starrer Valimai, Vikram’s Cobra, Suriya’s Aruvaa etc.

Many movie teams and production houses have decided to undergo changes in production plans due to the pandemic situation and its limitations. Prominent producers from Kollywood met Tamil Nadu Minister Kadambur Raju and discussed regarding the resumption of film shoots and reopening theatres.