OneIndia24News: VMI Councilor wins hearts for his welfare work after the next day of the election victory! 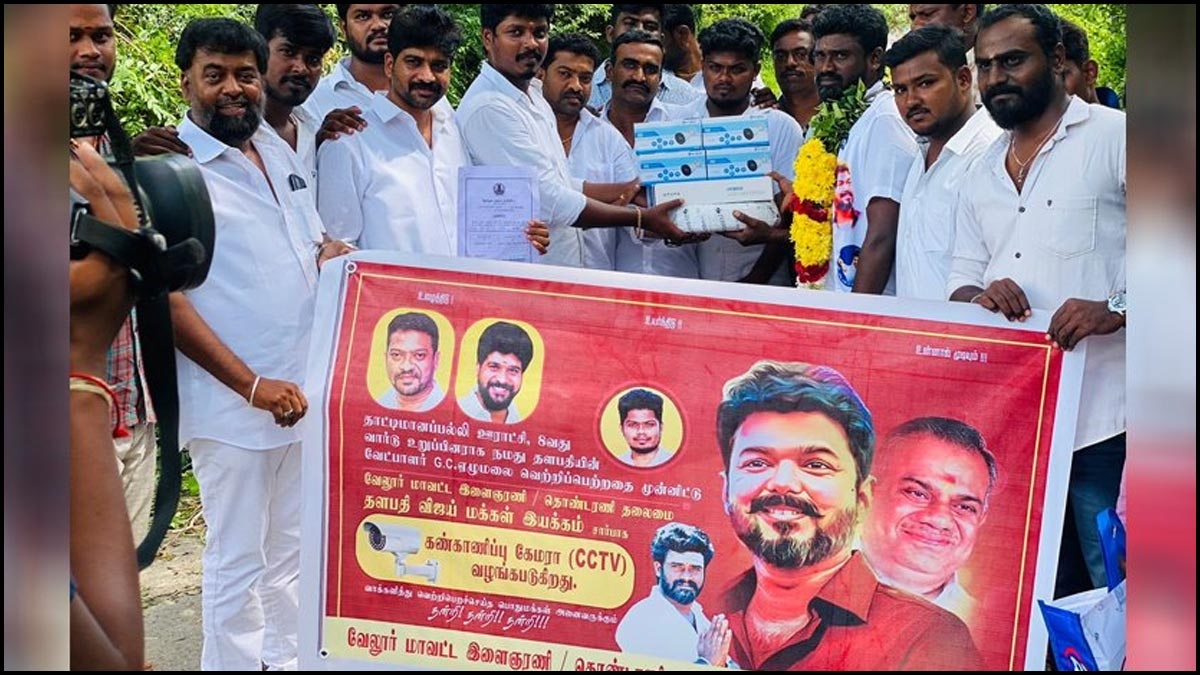 It is well-known by now that the members of Thalapathy Vijay’s fan club ‘Vijay Makkal Iyakkam’ contested in the recent Tamil Nadu rural local body elections. They competed as independent candidates but campaigned with the flag and emblem of VMI.

Surprisingly, around 110 candidates have won as councilors in their respective wards out of 169 contested candidates. Following this result, the Vijay Makkal Iyakkam has acquired third place after the biggies DMK and AIADMK. Notably, Seeman’s Naam Tamilar Katchi and Kamal Haasan’s Makkal Needhi Maiam have received very little support from the people.

Now, the hot news surfacing over the internet is that a candidate who won representing the VMI has started his welfare activities even before taking charge as the councilor. Ezhumalai of VMI and was elected as the new councilor of Thattimanapalli near Gudiyatham in Vellore district. He fulfilled the people’s request to install CCTV cameras in his area after the very next day of his victory.

Interestingly, the Thalapathy fan has installed the CCTV in his ward in own money and not from the government money. Ezhumalai garnered huge love, support and wishes among the people for his selfless act. Political experts say that if all the 110 councilors of VMI works for people in such a dedicated manner, the Makkal Iyakkam might have a good breakthrough in the 2026 TN assembly elections.